They say a smooth sea never made a skilled sailor, and that’s case in point for original boat shoe creators, Sperry. A brand famed for their high-quality, technical footwear, Sperry’s boat shoes are primed for adventures at sea or on land.

To welcome the launch of the Sperry collection at Jones, we’re bringing you the storied heritage of the iconic American brand and its invention of the world’s first boat shoe. 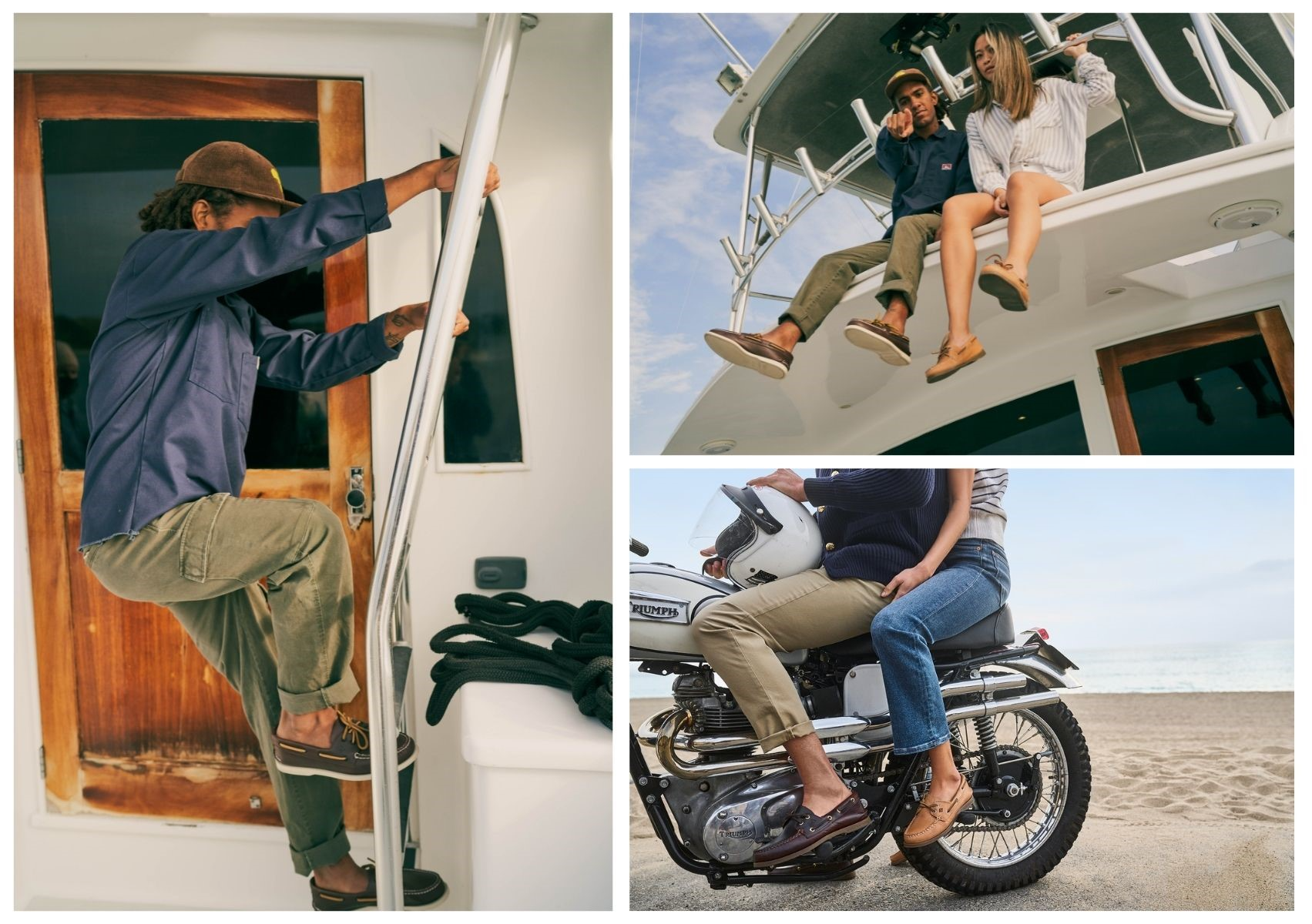 The Story (so far) of Sperry Shoes

The original boat shoe was created by Sailor Paul A. Sperry in 1935, one evening on the Long Island Sound.

After falling overboard, Sperry took inspiration from his faithful sea dog, Prince, who retained balance on the roughest of seas. Imitating the grooved patterns of dog’s paws, Sperry carved slits into the rubber soles of his shoes, creating the world’s first non-slip deck shoe.

Fellow Yachtsman Get on Board

The revolutionary traction support and quick-dry canvas made Sperry’s Top-Sider the shoe of choice amongst mariner communities, and by 1940, Sperry was named as the official shoe of the U.S. Navy.

Worn by the likes of John F. Kennedy and Hollywood’s Paul Newman in the 60s, the boat shoe was no longer the preserve of seafarers, but the footwear of choice for true masters of classic cool.

The Official Preppy Handbook published in 1980 by Lisa Birnbach, solidified Sperry’s spot in preppy history, where it was identified as the essential shoe to wear on university campus, in country clubs, and prep schools.

Today, Sperry’s innovative heritage remains at the centre of every shoe they craft, honouring its creator Sailor Paul A. Sperry. The capability of Sperry’s boat shoes are still recognised by sailors, style-conscious gents, and world-renowned athletes alike. 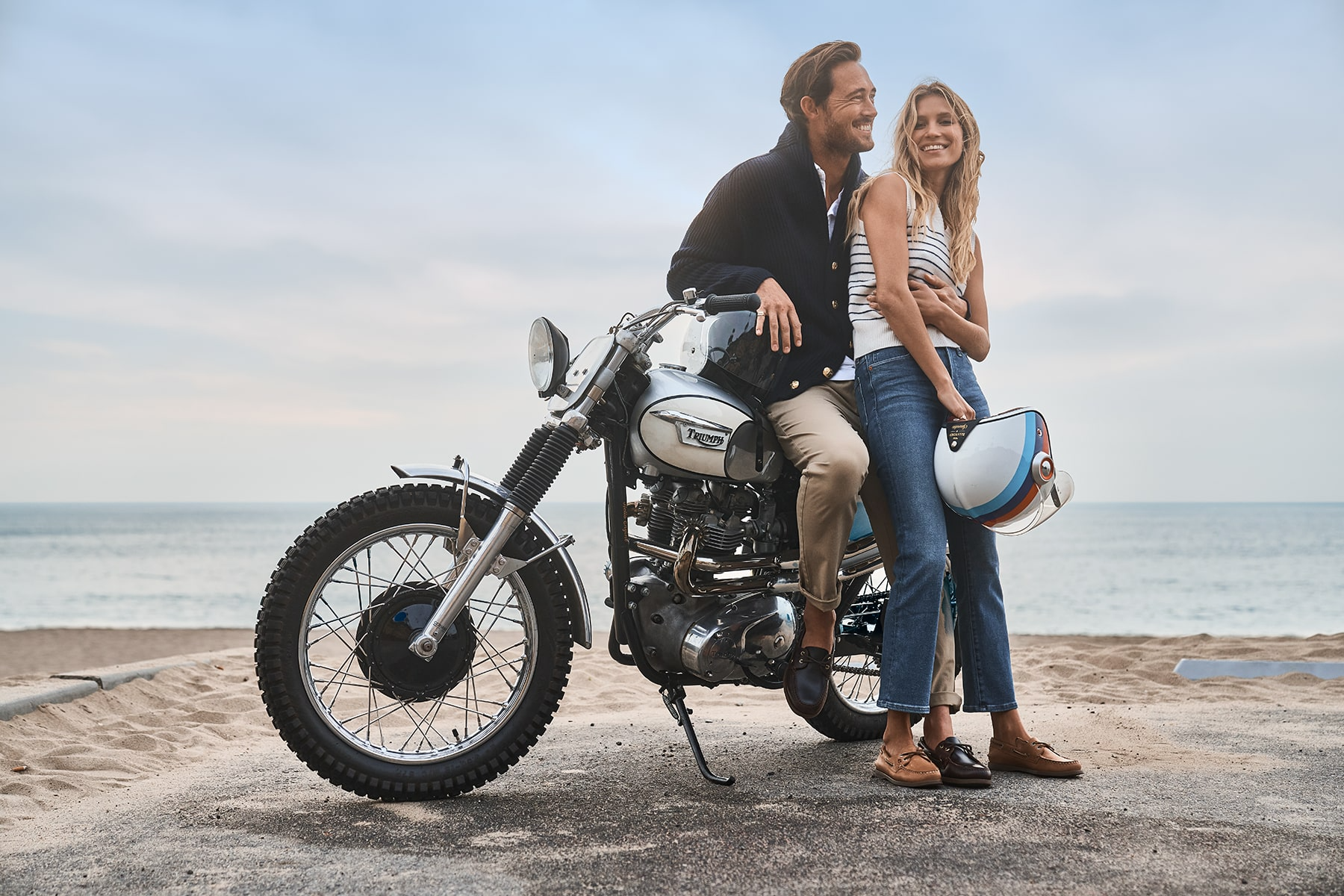 Summer holidays and their many joys are on the horizon, and if there’s a moment to immerse yourself in the world of Sperry, it’s now.

Both a styling opportunity and practical necessity, you’ll find genuine moccasin constructions hand-sewn with quality leather and technical fabrications, rust-proof hardware and the razor cut sole that started it all. 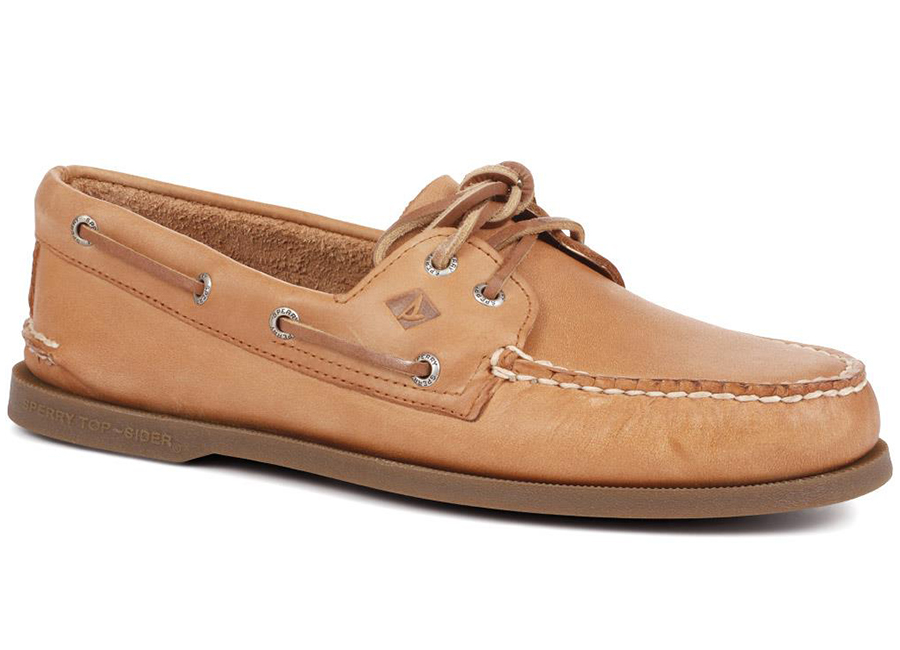 The Authentic Original is a tried-and-tested icon of preppy style.

True to Sperry’s heritage, these deck shoes are hand-sewn with a genuine moccasin construction that conforms to your foot, giving a fit that feels made for you as soon as they’re slipped on.

A boat-trainer hybrid that’s effortless yet smart, giving a subtle nod to the nautical.

Ideal for scenic excursions abroad or for leisurely days at home, the Bahama II trainers are equipped with the practical (and comfortable) details that you’d expect. 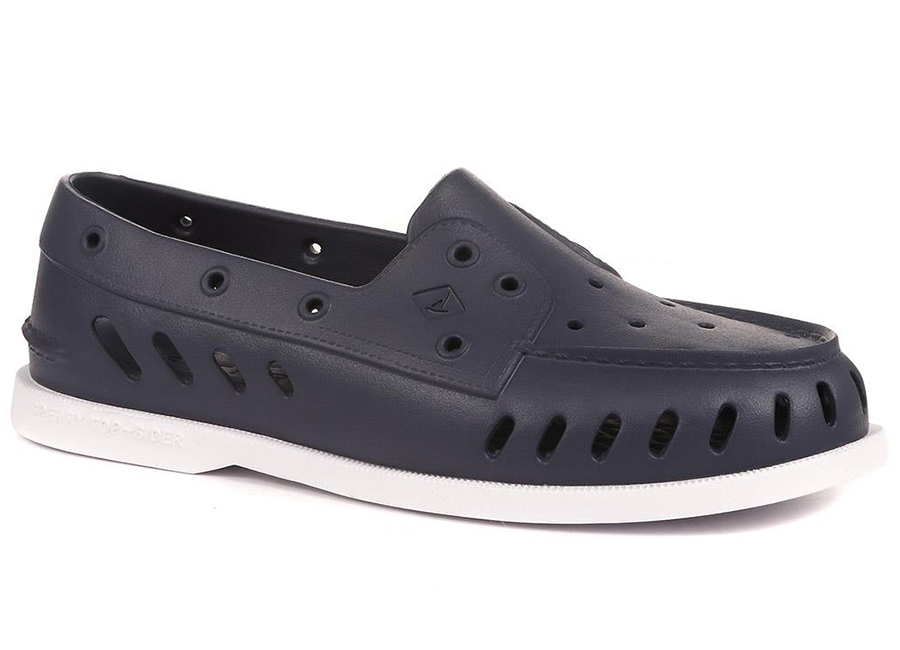 The ideal choice for seafaring pursuits, the Float shoes maintain the shape of the original boat shoe but have been updated with an ingenious system of portholes and gills to drain away water.